The 1990s had a lot of brands that offered nice looking sets featuring former players.  I wish that Topps would make a set similar to what the Ted Williams Company of cards was doing back in 1993.

Way back in January 2018, for card post #17, I showed off a card from the Ted Williams Company insert series called Etched in Stone.  You can revisit that post here 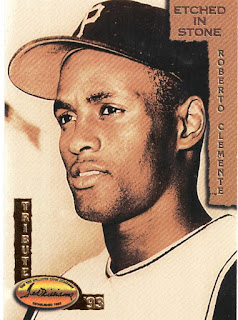 It has been quite some time since that post, but I am ready to show off the first two cards of that set. 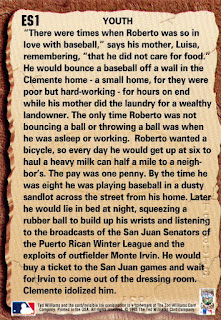 This particular card (ES1) discusses Roberto's youth and growing up. 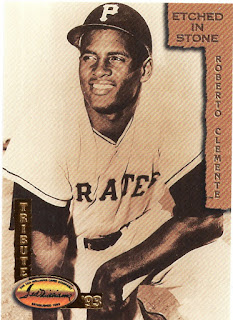 This card is the second in the series. 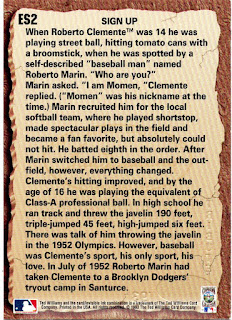 The back of this card talks of how the Dodgers signed Clemente as a teenager and how Clemente used his nickname of Momen when initially asked by the scout who he was.
Posted by Collecting Cutch at 7:07 PM