The Hallmark Channel is always on in our home from the end of October to after the holidays.  It brings us happiness and helps to uplift our spirit. 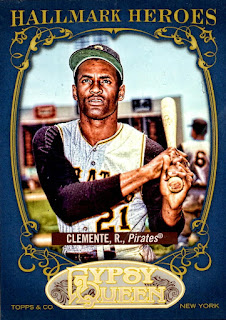 Clemente was always known for his character 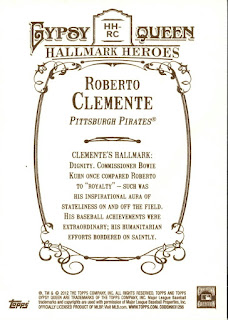 It's why there is an award named after him.  Today Roberto Clemente tragically passed away trying to deliver supplies to Nicaragua. 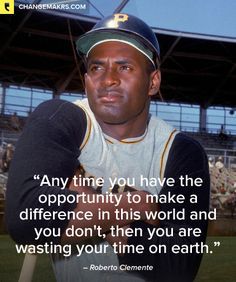 Thank you for your gracea

Posted by Collecting Cutch at 2:48 PM No comments:

For those of you that have the MLB app or MLB Network I hope you got to see the documentary on Roberto Clemente yesterday.  It truly is inspiring how he lived his life and what he gave for this world.

He is a class act in every sense of the word.

One of my favorite things to collect over the past two years has been the multiple parallels of Topps Tek and Gold Label.  I wasn't collecting when the originals came out in the 90s early 2000s so being able to get my favorite player, Andrew McCutchen,  was featured in the recent sets I sought them out aggressively.

This year Topps offered some legendary players including Roberto Clemente in its Gold Label release.

Here is the Class 2 Black parallel. 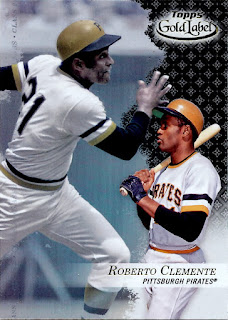 I'm in search of the other color parallels and the other classes so if anyone busted any Gold Label wax I would love to get so,e Clementes from you.

The back of the card shows the imprint that Clemente had on the city of Pittsburgh statistically. 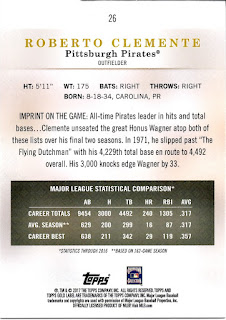 Tomorrow will represent the passing of Clemente 45 years ago.  Let's use the last few days of 2017 to do something memorable for someone.
Posted by Collecting Cutch at 3:58 AM 2 comments:

I had shown many dual relic cards of Clemente with Cutch on my Collecting Cutch blog.

Here's the most recent I showed off. 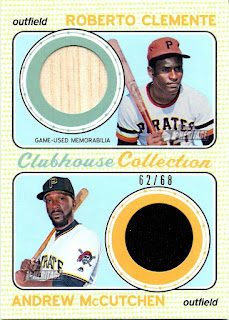 From 2017 Heritage is a dual relic Clubhouse Collection numbered 62/68. 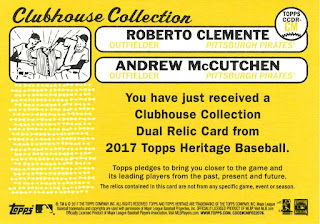 I wish the backs would have more information about the players.
Posted by Collecting Cutch at 4:22 PM 3 comments:

Hop back in time with me to 1994.
The hottest movies were The Lion King, Forrest Gump, and Pulp Fiction.
O.J. Simpson, one of the nation's beloved sports entertainment guys was being held on trial for the murder of two cases.
Michael Jordan, fresh from his NBA retirement was trying his baseball career.
The most popular comic books were Spawn and Adventures of Superman.
And nearly every food market had a unique spin on trading cards.  Wendy's, not to be out done by Denny's and McDonald's produced a hologram set of cards, but limited the production to only 90,000 cards. 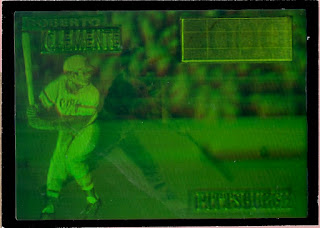 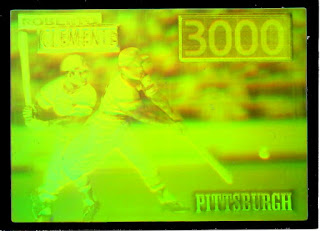 With so few produced, it's amazing that these can still be had for a George Washington.

But, I remember a few years ago grabbing one of these Roberto Clemente Wendy's cards for $1 at a local mall card show.

Despite the strangeness of the card, it does feature a nice green holgram of Clemente swinging at a baseball.

The back indicates the rarity of this card. 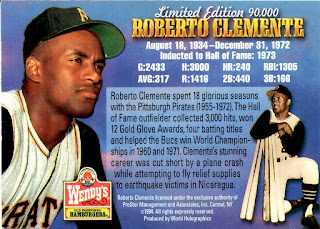 But it also has a nice collection of basic stats in addition to Roberto's career accomplishments.


Posted by Collecting Cutch at 1:28 AM 2 comments:

I believe this card was sent my way via a bonus card for an eBay win.  I know I didn't purchase it, nor did I buy any packs of 2016 Bunt. 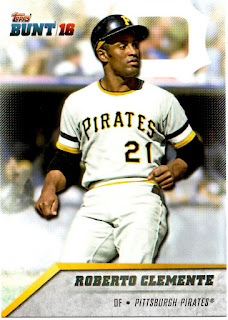 The card is #24 of a 200 card set.  It is designed as a low price, budget set based off the Topps Bunt app for mobile devices. 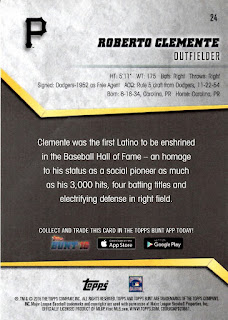 There are 3 color parallels to chase (Topaz, Platinum, and Crimson) in addition to the 4 printing plates (found exclusive in Hobby boxes).

The backs of the cards do not have any statistics, but instead have a small write-up about each player.  You can read Roberto's above.

While it's not a brand new image by Topps, it is one used less often than other recent releases.
Posted by Collecting Cutch at 6:29 AM No comments:

Email ThisBlogThis!Share to TwitterShare to FacebookShare to Pinterest
Labels: 2016, Bunt

If you have joined me from my other blog, CollectingCutch, thank you for visiting and thank you for supporting that blog over the past year.

For the first card post of Chasing 3,000 I thought this card would help answer the question of Why3K? 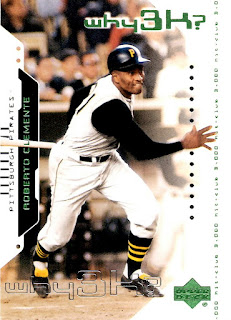 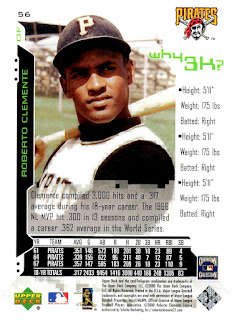 I have had so much in my pursuit to collect Andrew McCutchen cards, but all the new releases and parallels and 5x7s and 10x14s are wearing thin on my desire to "Cutch em all". I can no longer try to go after every 1/1 I come across (and there's A LOT of them).  In fact after aquiring over 2,000 unique cards of the Superstar Centerfielder there are only 31 standard sized cards not numbered to less than 100 copies I need.  31!!!!  I feel that I have done an excellent job adding new cards at a quick rate, but the chase of searching for these /25 or less cards is killing my wallet.

Yes of course I am talking about Roberto Clemente.

Now that I have over 2,000 unique cards of Cutch I am going to focus instead on my new collecting goal.

I want to chase down 3,000 unique cards of The Great One.

There was a movie called Chasing 3,000 and although it's not the greatest film of all time I LOVE to watch it at least a few times every year.  It's a compelling story despite the lack of baseball in it.  In case you missed it, it was on last night on the MLB Network.

I figured this goal for 3K Clemente cards will be a fun life goal.

With current releases and 1/1s galore there are over 4,200 cards of Clemente on the market according to Beckett.  This doesn't include a few hundred oddballs not in the database.  This will make it very hard to accumulate massive quantities in short time.

This is going to be a fun decades long project.

To bridge the gap from my Collecting Cutch blog to this blog here are my Roberto Clemente cards I had already shown off at Collectingcutch.  I will show these off again as time goes on as we get further away from the original posts at Collectingcutch.