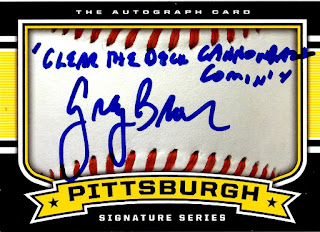 Had he been around in 1964, he surely would have said it many times during Roberto Clemente's career. 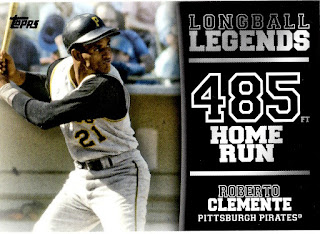 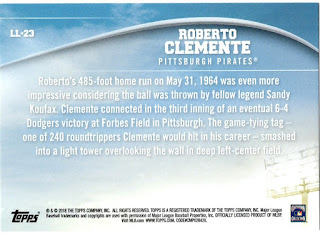 That is a shot!!! The only problem with such a homerun happening so long ago is that it depreciates over time.  You see in 2015, the homerun was calculated at 492 feet according to the 2015 insert Topps made.  I wrote about it here. 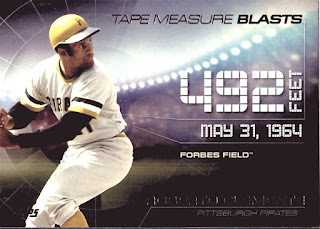 I don't have the complete sets of either Long Ball Leaders (2018 insert) or Tape Measure Blasts (2015) so I can't confirm if any other cards feature questionable distances.
Posted by Collecting Cutch at 2:47 PM