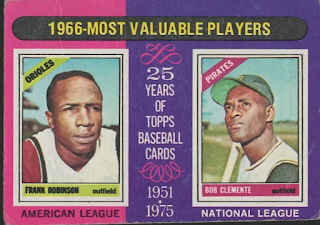 Yesterday on Collecting Cutch I highlighted black history month, but one guy who deserves a lot of credit for making black history is another Robinson who wasn't named Jackie.

Frank Robinson is the ONLY player to win MVP in both leagues.

He was the first black manager.

He won a triple crown award.

He was top 10 in Homeruns at time of his retirement.

He was one of the best and yet is one of the most underrated players in the history of the game. 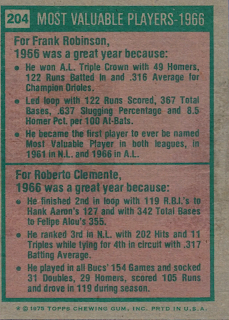 I got this rag of a 1975 card for only a quarter a few years ago at a flea market.
Posted by Collecting Cutch at 12:37 PM