Today's card is the 1966 Topps League Leaders card that features the top 3 hitters for the 1965 NL batting title.  It also happens to feature three of the all time greatest National League outfielders to play the game. 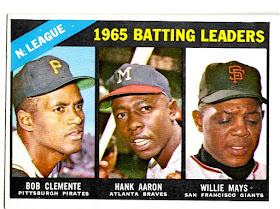 
The back features the averages for the top finishers. 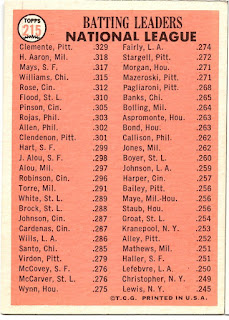 I've previously shown this card on my other blog Collecting Cutch where I compared Clemente's 1965 season to Cutch's 2014 season.